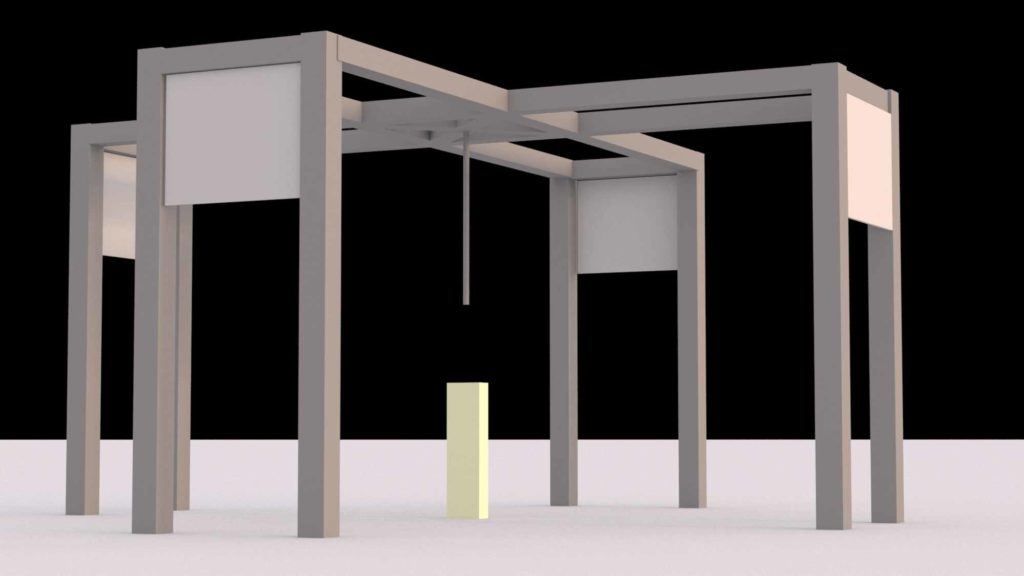 Charlotte aka The Charlotte Rig is a new project in development from Safetycatch Theatre in conjunction with Artistic Director Garth Williams’s joint business Safety Catch Video, which creates Film, Video and Projection projects.

The Charlotte Rig will act like a circus tent without the sides. With integrated vertical and horizontal live interactive video projection. Bessie the Umbalance. the Safety Catch Theatre flagship and mothership will act as the control tower for projection and lighting.

The rig will be made from aluminium truss. It will be clad in material which will allow for interactive lighting to be controlled by the performer or audience. It will serve as a venue for performances including aerial, as well as an interactive video game installation.

The rig will have 8 legs, hence the name. Also as the aerialists will be dropped from the middle like a web, it seemed a good name. And it has stuck. The illustrations here are very early concept illustrations. Expect some updates to these soon.

Thanks to an Arts Council Develop Your Creative Process grant in 2020, Garth has been undergoing a deepening of his understanding of the use and possibilities of the software interactive audio / video software platform Isadora, from creator Mark Coniglio of Troika Tronix.

Working directly with one of the core team of staff at Troika Tronix, Garth is developing his skills in relation to Projection Mapping, Infrared Tracking and Motion Capture using a Rokoko SmartSuit Pro, a new business partnering with Isadora, which allows the X,Y and Z axis of the body in the space to be tracked effectively. 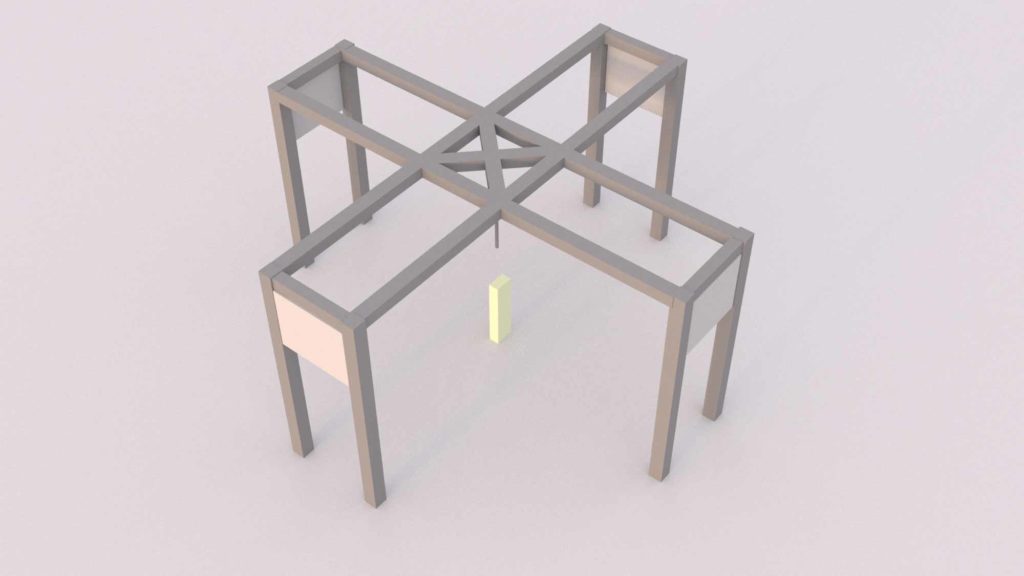